I’ll be honest, I often struggle to find a meal that everyone in our family enjoys. I’m the only vegetarian, hubby prefers traditional food, Vic enjoys spicy meals, Jess doesn’t and Sophie is a typical picky two-year old. Will, bless him, will eat just about anything.

This meal, though, is one that everyone enjoys, so it deserves to be shared. It comes with a full-flavoured sauce that’s thick enough to hold to the noodles. My children all enjoy noodles, it’s similar to pasta and they can make a mess with it!

I picked the vegetables in this meal (baby sweetcorn, spinach, onions and bean sprouts) because we all like them as much as because they go well with the sauce. Peppers, mushrooms and green beans would also work well so feel free to substitute them if you prefer. You can also use fresh bean sprouts and spinach instead of tinned or frozen  (I always buy longer lasting stuff because I’m not great at meal planning 😕).

I cooked chicken for the rest of the family and a Quorn meal for myself. I’ve written this as a chicken meal but have included what I did differently to make the veggie version at the bottom of the post.

To make this vegetarian

This is a great meal to make with Quorn (or any other veggie alternative), it absorbs the flavours really well. You can generally follow the method above but:

I split the ingredients and cooked 1/4 of them (okay, 1/3 of the coconut milk) with a Quorn fillet for me (I added two fillets but found it too much). I didn’t brown the fillet with the onions but added it after the coconut milk.

If you are cooking this entirely as a veggie meal it’s probably easier to add Quorn pieces (unless you’ve got a very large saucepan!). You could add these with the onion but I’d reduce the frying time to 5 minutes at the most. Alternatively these could also be added after the coconut milk. To serve 4 adults I’d use a whole (300g) bag.

As meat substitutes don’t release juices you’ll likely need to add some water to the veggie version of this meal. I didn’t measure how much I used but I’d guess it was around 50-100ml. Keep an eye on the sauce and add extra fluid as needed. I would reduce the flour to 1/2-1 tbsp.

I’ve linked this recipe to: 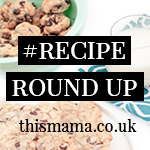 4 thoughts on “Chicken (or Quorn) and noodles”